Discover the Đurđevića Tara Bridge, feat of engineering and one of the best places to see the majestic Tara River Canyon. 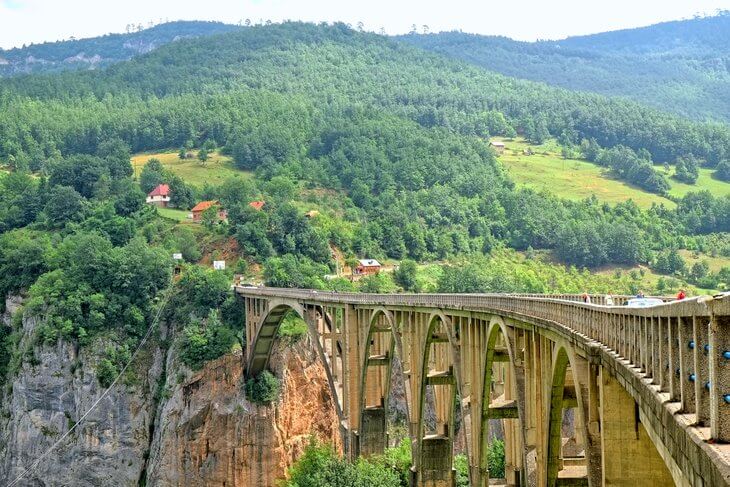 The scaffolding for the bridge was cut from a nearby spruce forest and reached a massive 141m tall – it’s still the largest wooden scaffold ever built!

But the bridge is more than just a beautiful lookout and marvel of engineering, during the Second World War it was the scene of fierce battles and partisan resistance. 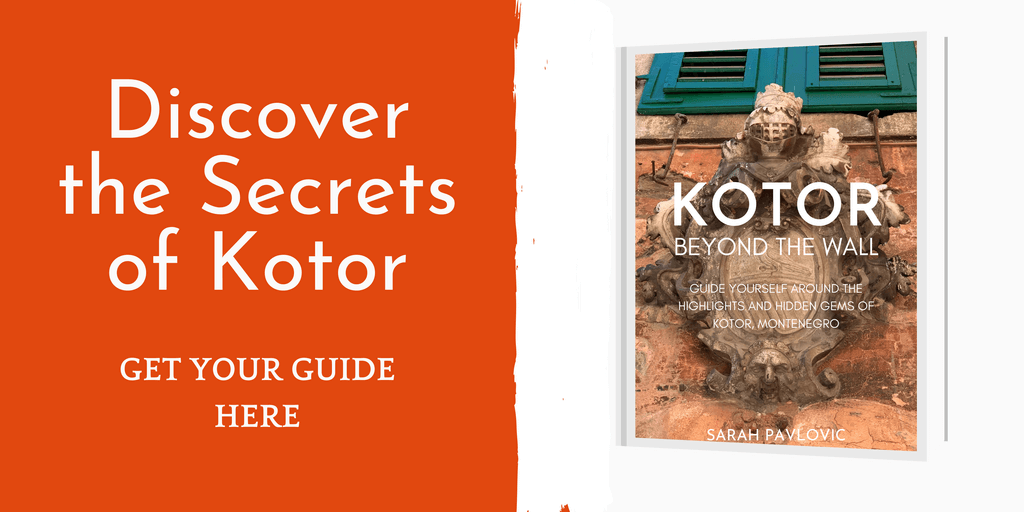 In 1941 most of Montenegro, which was then part of the Kingdom of Yugoslavia, was occupied by Italian forces. The Italian forces occupied the bridge, which was the only way across the canyon, but this mountainous area of Montenegro was perfect for guerilla warfare and there were lots of partisan resistance fighters based around Žabljak. The most famous of them was Josip Broz Tito, who was based around the Black Lake and went on to become the President of the Socialist Federal Republic of Yugoslavia.

In 1942 the partisan resistance, with one of the engineers, Lazar Jauković, blew up the central arch of the bridge and stopped the Italian advance. Unfortunately, Lazar was later captured and executed on the bridge. You can see a monument to honor him beside the bridge. The bridge was rebuilt in 1946 and it was even used in filming the World War II movie Force 10 from Navarone, featuring Harrison Ford.

Today, the Tara Đurđevića Bridge is a major attraction in Montenegro and it’s a fantastic place to see the Tara Canyon. From the bridge, which you can walk along, you’ll get stunning views of the canyon and surrounding countryside. Far below you are the rapids of the Tara River, known as the ‘Tear of Europe’ because it’s so clean.

The canyon is densely forested and the colors go from lush green in spring and summer to a riot of yellows, oranges and reds in autumn to cool white when it’s blanketed in snow in winter. This area is part of Durmitor National Park, so it’s a beautiful natural area. 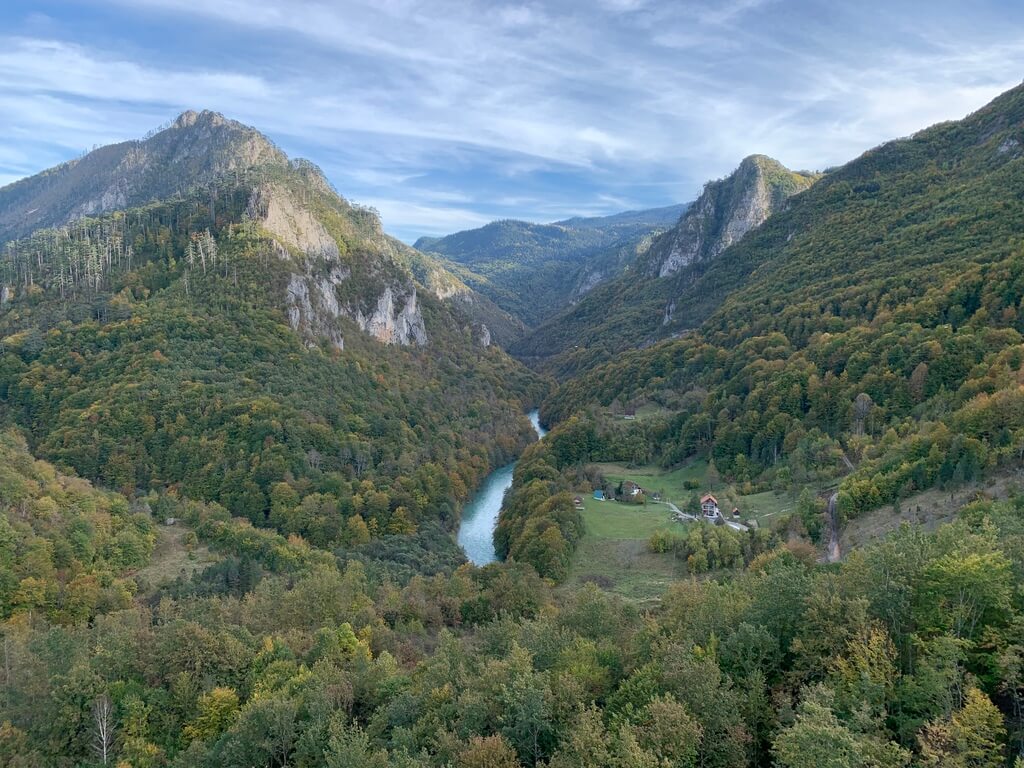 View from the Đurđevića Tara Bridge 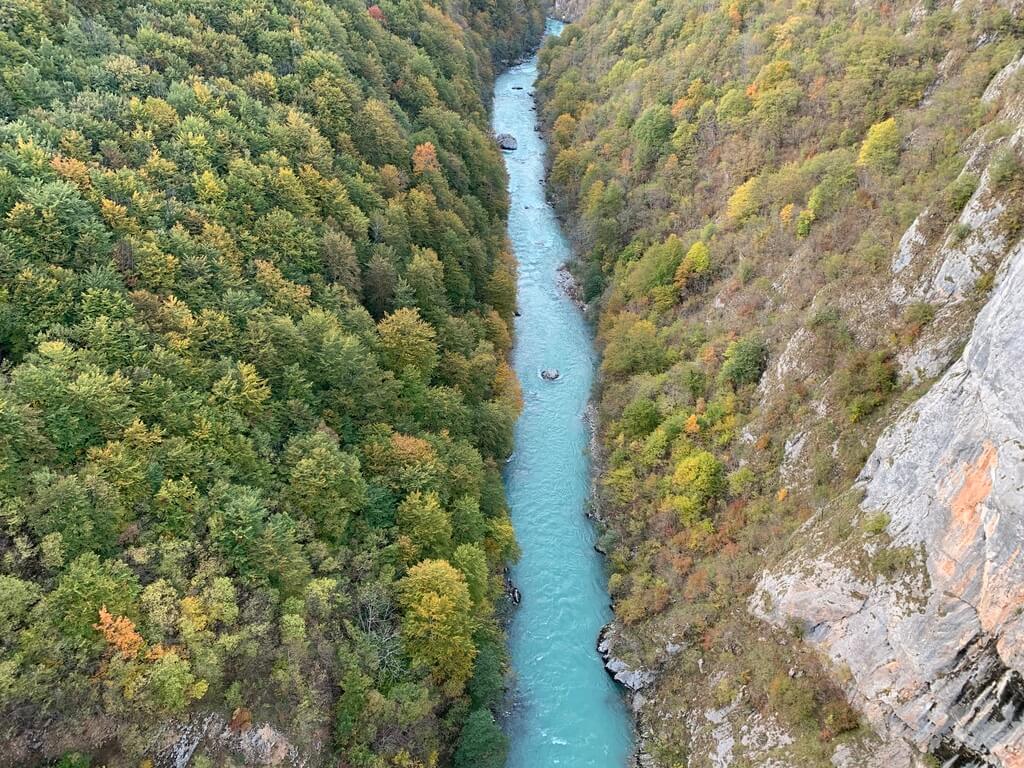 What to Do at Đurđevića Tara Bridge

If you’re looking for a thrill you can zipline across the Tara Canyon at the Đurđevića Tara Bridge. There are two different ziplines run by two different companies. Extreme Zipline Tara is just over 1km in length and flies across the canyon at up to 120km/h. Red Rock Zipline is 350m long and has two lines so you can go at the same time as someone else. 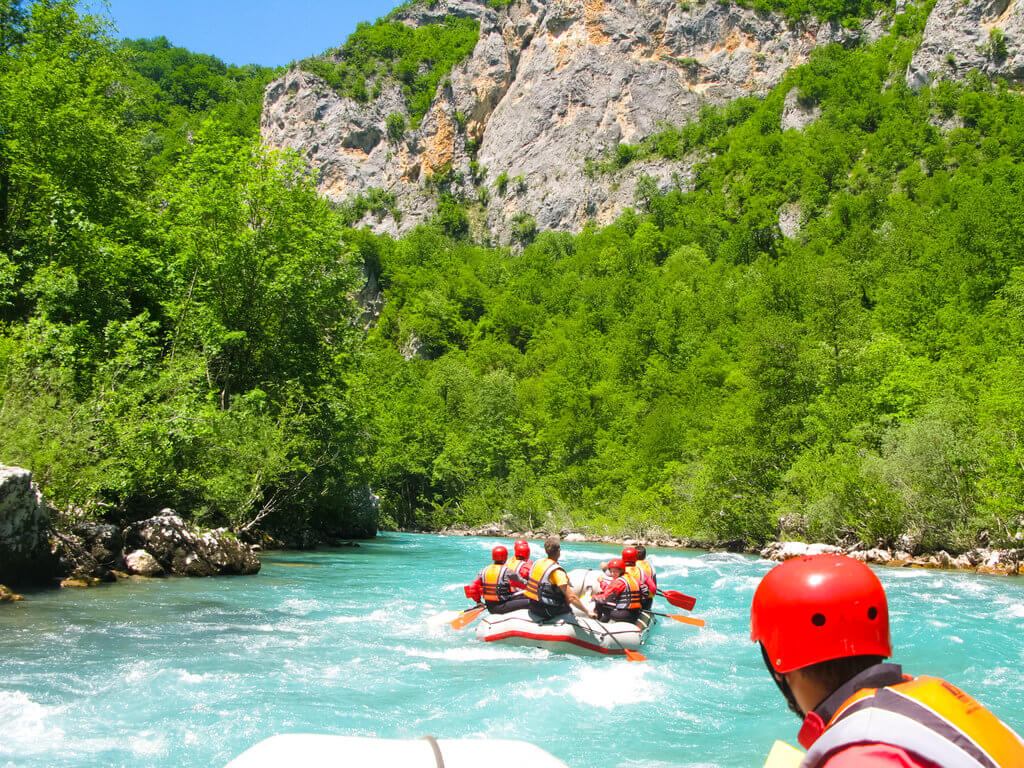 The best way to see the Tara Canyon is by rafting down it. There are rafting tours that depart from Kotor, Tivat, Budva, Herceg Novi and Podgorica between May and October. The rapids are biggest in May and June and get smaller throughout summer and autumn.

Rafting tours usually spend two to three hours on the river and often include traditional-style breakfast and lunch.

More Things to Do Nearby

Via Ferrata - a fun and exciting sport that's somewhere between hiking and rock climbing.

Canyoning - challenge yourself to navigate Nevidio Canyon on a canyoning adventure!

Stećci - visit the mysterious and unusual medieval tombstones that are only found in this region of the Balkans.

Getting to Đurđevića Tara Bridge

If you want to see the Đurđevića Tara Bridge, it’s best to stay in either Žabljak or Kolašin and visit it from there. These two towns are Montenegro’s top mountain resorts because they’re close to Durmitor National Park and Biogradska Gora National Park. The bridge is an easy drive from either of these towns and it’s very close to the road that connects the two, so if you do something like the Discover Montenegro self-drive tour you’ll be able to stop at the bridge.

Durmitor National Park from Podgorica - a great way to see both the beautiful Morača and Tara Canyons. This tour also includes the Đurđevića Tara Bridge, the Black Lake and Morača Monastery.

This is a rural area, so if you're looking for a town the best places to stay are in Žabljak or Kolašin. But if you'd like stay among some of Montenegro's beautiful mountain scenery there are a few places to stay here:

Kljajevica Vocnjak - an authentic and welcoming homestay where you can experience simple Montenegrin lifestyle and warm hospitality.

Rafting Apartments Goran Lekovic - simple and friendly accommodation with shared bathroom and kitchen. You can book rafting directly with the owner, Goran.